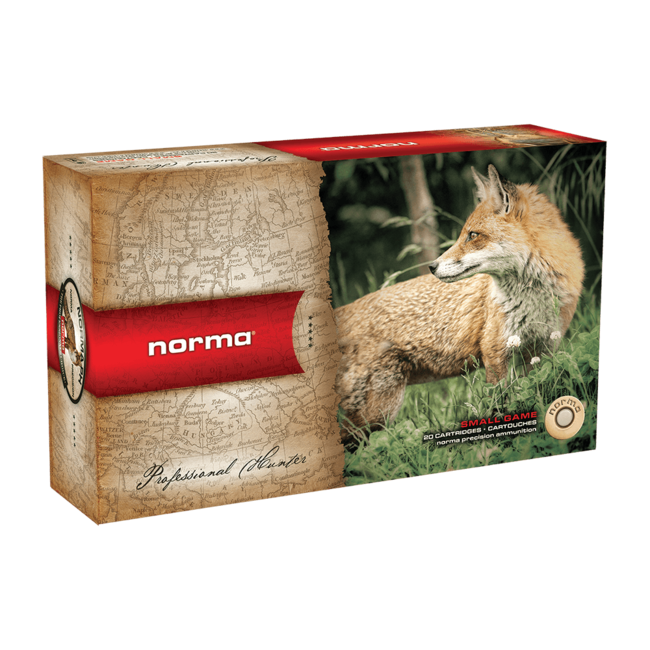 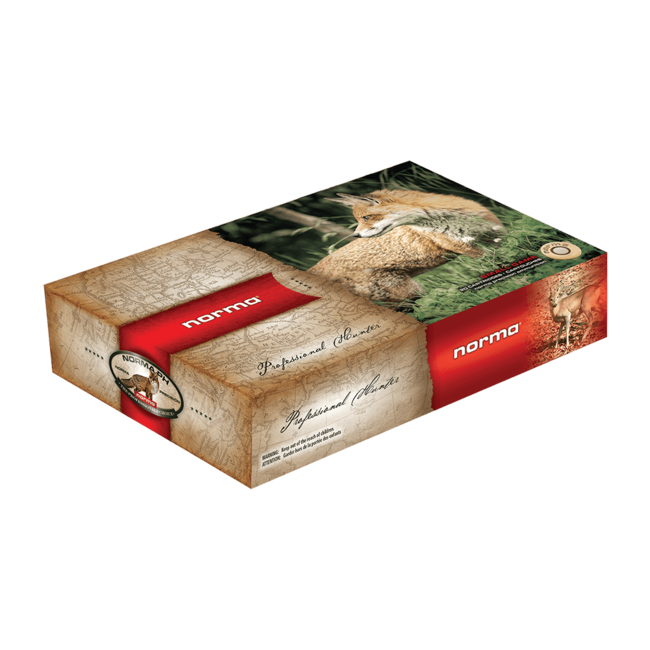 Oryx means good accuracy, massive mushrooming and high residual weight. This bonded design suits the all-round hunter who wishes to simplify the choice of cartridge for hunting. Oryx is available in most calibres from 222 Remington to 375 H&H Magnum. Thanks to its excellent performance, in a very few years Oryx has become the most popular of the Norma bullets.

Originally this was a wildcat cartridge made by necking down the .250-3000 savage to .22 caliber. It is not known exactly when or by whom it was made first, but most sources credits the US gunmaker J.E. Gebby as being first, calling his design .22 Varminter. This was in 1937, but since the parent case has been around since 1915 it is quite possible that some anonymous wildcatters were way ahead of the well-known gunmakers. In 1965 Remington decided to put out a commercial version of this very well-balanced high-velocity small game cartridge that is effective on varmints up to 400 yards due to its flat trajectory.

In Europe the .22-250 is mainly used for roe deer and smaller species like beaver and fox. The cartridge is a very good choice for this kind of hunting, provided you are careful with your bullet placement and the angle of the animal - like always when using small a caliber on a larger species. For roe deer it is recommended to use a heavy bullet to obtain a controlled expansion and a sufficient penetration. Due the higher velocity a good many rifles in .22-250 can handle bullets up to 70 grains well in spite of having a standard twist of 1 in 14 inches, but most rifles will make the best groupings with bullets weighing 55-62 grains. Due to the ratio between caliber and case capacity the .22-250 can sometimes be very sensitive to reload. Small variations in loads and seating depth of the bullet can cause precision to suffer significantly. However, it has a reputation of outstanding precision and is still one of the best choices for varmint hunting.