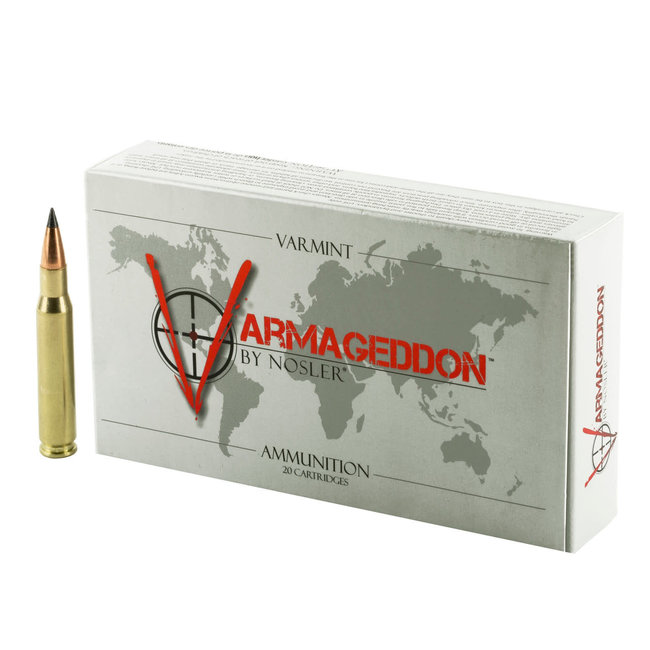 The Nosler Varmageddon program was developed in response to the increasing demands of shooters who were demanding more consistent and accurate ammunition. They wanted something that was precise, and offered a slightly heavier bullet that would stay on target longer as opposed to the lighter .22-250 that is just too light to be effective against varmints. They found that offering a heavier bullet and settling for a lower one resulted in higher wind drift and trajectories also offered higher weight retention and generally higher velocities. They also wanted to ensure that the overall weight and settling velocity stayed relatively constant, provided the overall charge weight stayed consistent. Unfortunately, the majority of small varmints are fairly easy to take down as demonstrated in the video above. However, our new .22-250 offering would likely do more damage as the 55 grain load... probably because of the larger amount of energy imparted to the projectile from the .22-250 than the .22-250 alone. Still, any varmint would suffer the consequences of such indifferent ammunition.