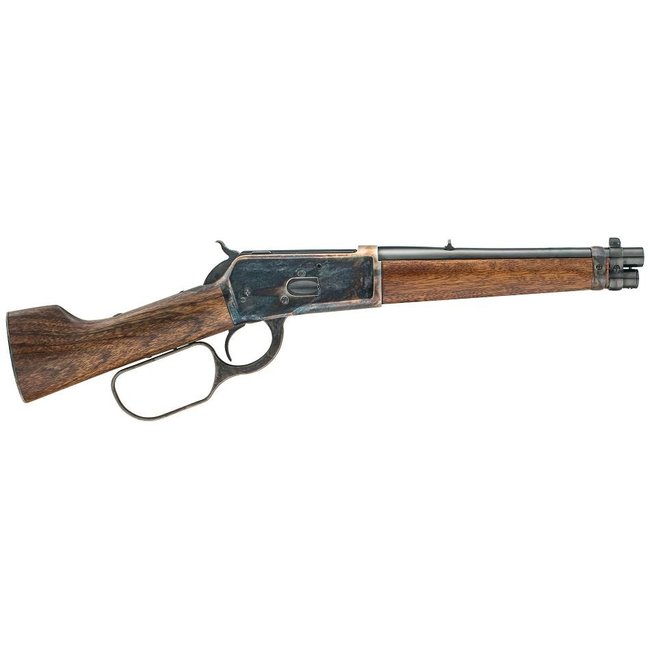 Introduced in 1958 by the western TV series Wanted: Dead or Alive, used by Steve McQueens character, bounty hunter Josh Randall to capture or kill movie screen bad guys. The Mares Leg® version of the 1892 has captured the imagination and desire of fans and shooters alike ever since. The Mares Leg® is built from ground up as a lever action handgun with a pistol grip length stock and pistol length barrel.

The Mare’s Leg is a modern day reproduction of a cut-down Model 1892 rifle, one of the most successful and popular rifles ever built. It features a period-correct color case hardened receiver with blued barrel and walnut grip and forend. The cocking lever is oversized. This pistol is ideal for Western re-enactments, cowboy action shooting, and just plain fun and attention-grabbing at the range!