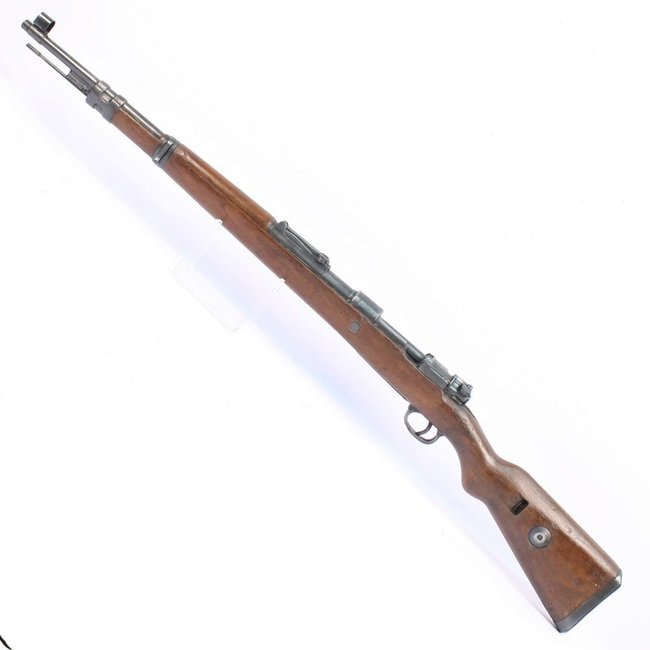 These original rifles are in demand all over the world and these are now impossible to find, quantities are extremely limited. The Karabiner 98k was derived from earlier rifles, namely the Mauser Standardmodell and the Karabiner 98b, which in turn had both been developed from the Gewehr 98. Since the Karabiner 98k rifle was shorter than the earlier Karabiner 98b (the 98b was a carbine in name only, a version of Gewehr 98 long rifle with upgraded sights), it was given the designation Karabiner 98 Kurz, meaning "Carbine 98 Short". These examples were captured on the Eastern Front of WWII by defending Russian forces as they pushed the Nazi troops back to Berlin.

The barrels on the rifles are generally good, some are darker than others but overall ok. The wood is good to very good, some stocks have minimal repair inserts, but no big cracks. The Metal parts are mostly good to very good with all German WWII markings (except some Rifles with pinned markings). All parts have marks and numbers.

This is a Non-Restricted Firearm

Suplus Firearms can sometimes need a detailed cleaning before use, as they may have been in storage for many years.